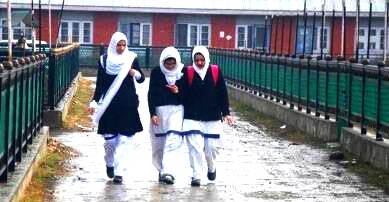 The Centre is likely to issue advisory to states on reopening the schools with social distancing norms and protocols soon, sources in the health ministry said on Thursday.
The government is working on some model to open the schools due to increasing demands by parents. The health ministry has already asked its expert team to look into all the options for opening schools," the sources said.
There has been an increased pressure on the government from parents and schools to reopen education facilities as the number of Covid-19 cases in India is on decline.
A few states and Union territories have already announced reopening of schools for classes 10 to 12 with condition that students between the age group 15 to 18 can attend offline classes only if they had had at least one dose of vaccination. All staff and students above 18 must be vaccinated with both doses. Maharahstra, despite being among the worst-affected states, has reopened school for all classes. Haryana and Chandigarh have announced reopening of schools for classes 10 to 12. Delhi government has recommended the same to Lt Governor. Tamil Nadu government is also expected to make a similar announcement soon. While in Kashmir no-one is thinking about it.